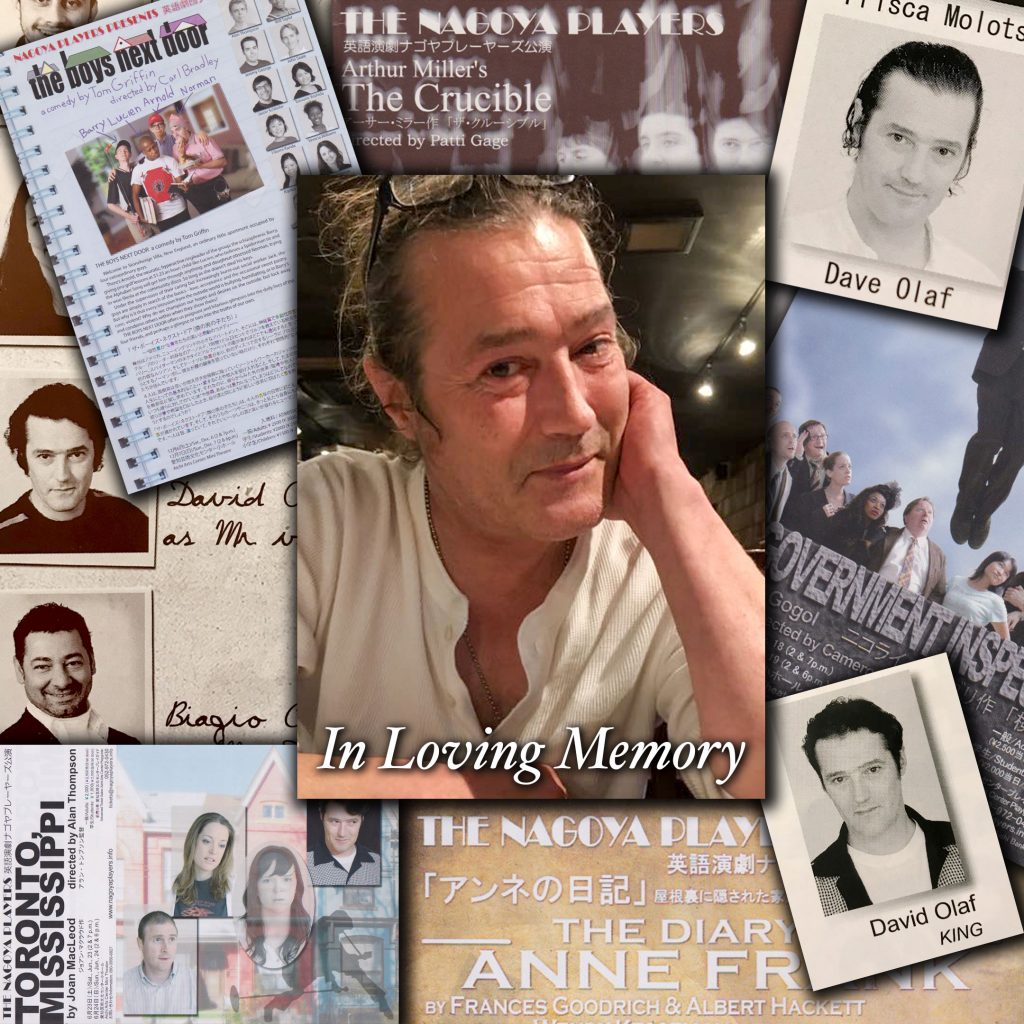 The Nagoya community and the Nagoya Players have lost one of our most beloved. It is with a heavy heart that I write of the passing of Mr. David Olaf.

David was a performer in our group during a golden era of English-theater in Nagoya. Dave’s credits can be found in almost every show program throughout the 2000s. Show after show, Dave took the stage and delivered some of the city’s most memorable performances. He was Samuel Parris in The Crucible, Mr. Klemper in The Boys Next Door, Mr. Van Daan in The Diary of Anne Frank, King in Toronto, Mississippi…just to name a few. Dave excelled at moving in and out of character and no matter the role always brought the energy and spirit needed.

As David retired from the stage as a performer he sought out other ways to continue working in theater. He took on jobs as stagehand, ticket manager, and stage manager for a plethora of other productions. His passion for theater was pure and honest, and that is how I will always remember him.

I first met Dave on the production of Nagoya Players’ Anger. It was an intense production and I’m so grateful he was there to support us through the hard times. Dave was always ready with his words of wisdom, corny jokes, and ‘soothing’ voice. He could be off the wall and zany, but always came from a place of heart. He brought us together when we were fractured and lifted us up when down.

Sadly, in recent years, Dave found himself in the roles of cancer fighter and survivor. I was so impressed with the way he carried himself. In the face of such struggle he remained the same bright, funny, joyous person. Never did the corny jokes stop, and the witticisms continued to pour. Even in his weakened state, he continued to make theater a part of his life. He remained an active member of our community and worked on shows for as long as his health permitted.